If you happen to be in Sydney you might suddenly see this; Giant Tetris blocks stuck between buildings in an alley. Who has been playing Tetris? Where did these come from? 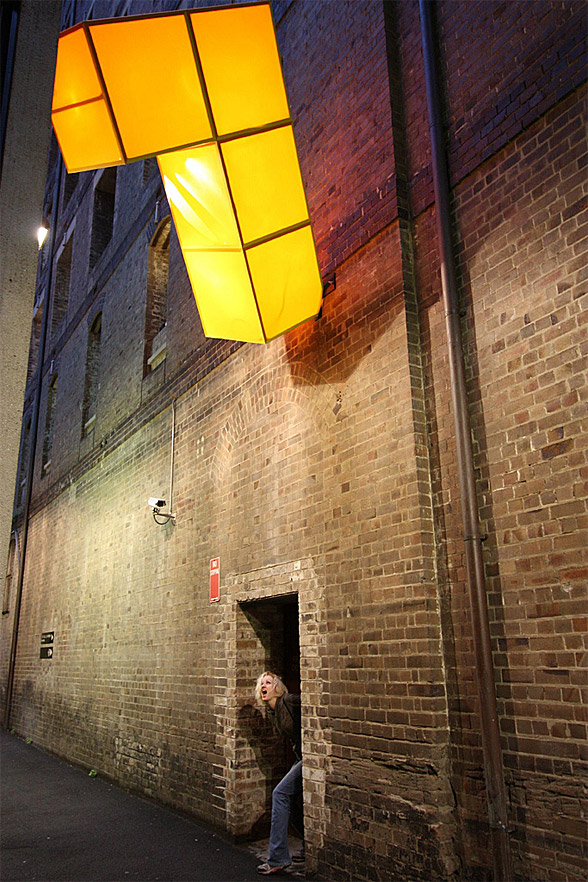 Of course this is simply an art project, but I like the idea of bringing this well-known game into real life. Call it augmented reality in reverse.

From the artists (who appear to have been thinking to hard):

There are grand implications of error here that lead to questions, such as who exactly have been playing Giant Tetris? What were they trying to do? Could I have done better? Is the city grid similar to a computer game or different? What brain-space am I in when I'm playing games on my computer? Is it more or less alert than when I'm waiting in line for a sandwich? The work seeks to challenge conceptions of the North end of Sydney's CBD as an orderly, socially cold grid and beckons viewers to assess their own level of interaction, play and hacking within the city (more info) 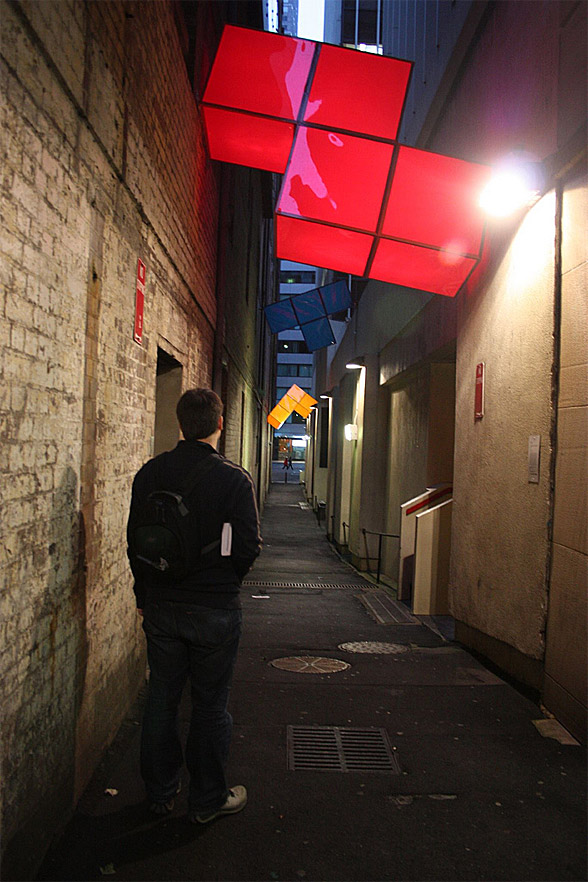 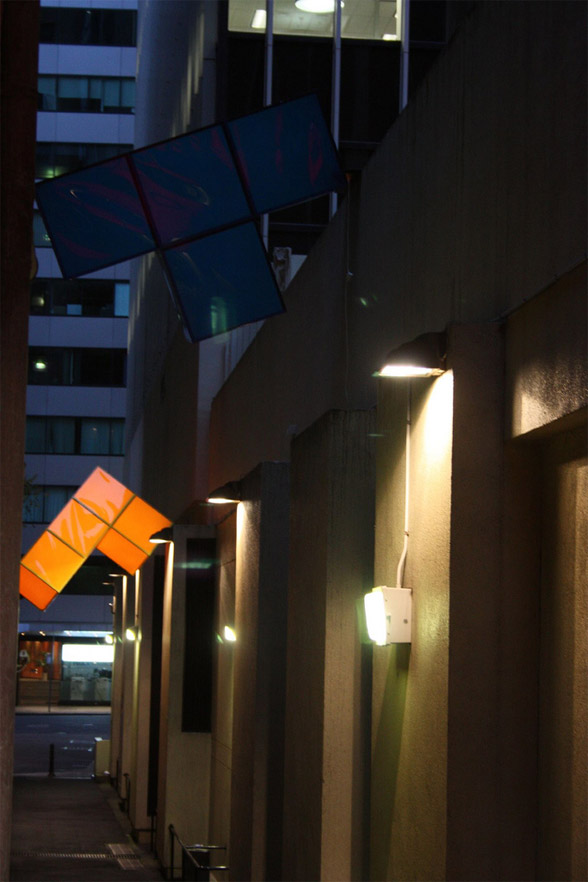 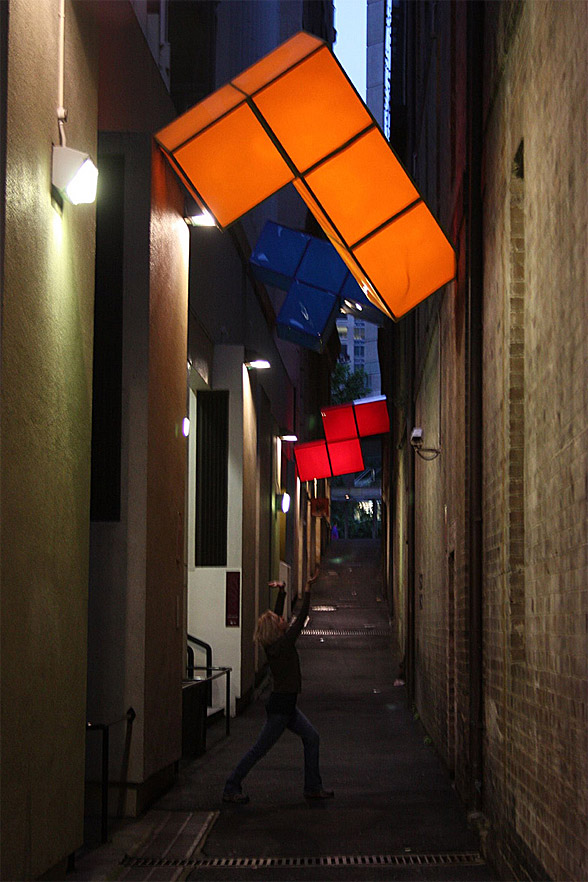 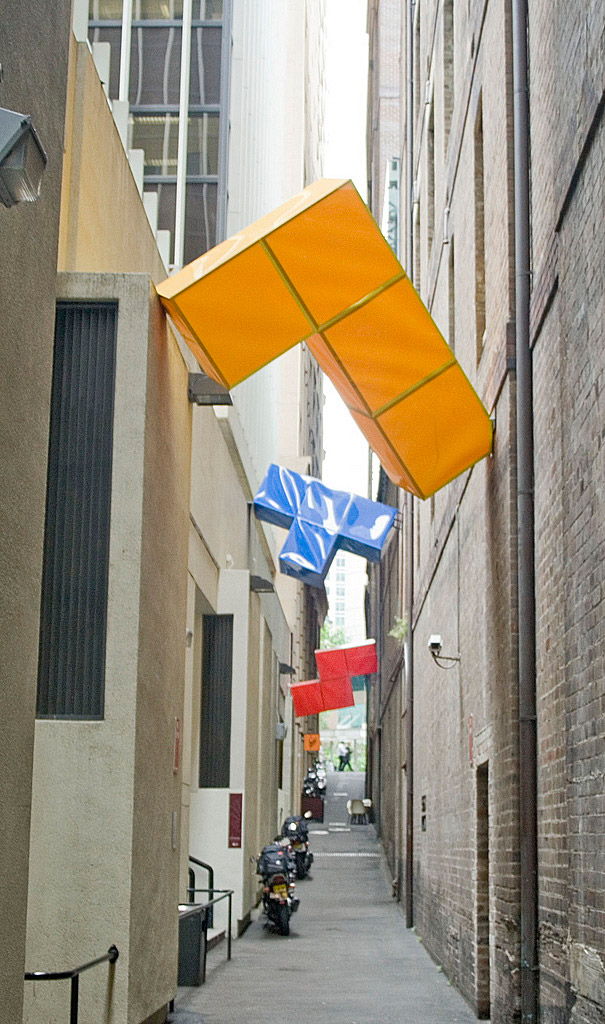 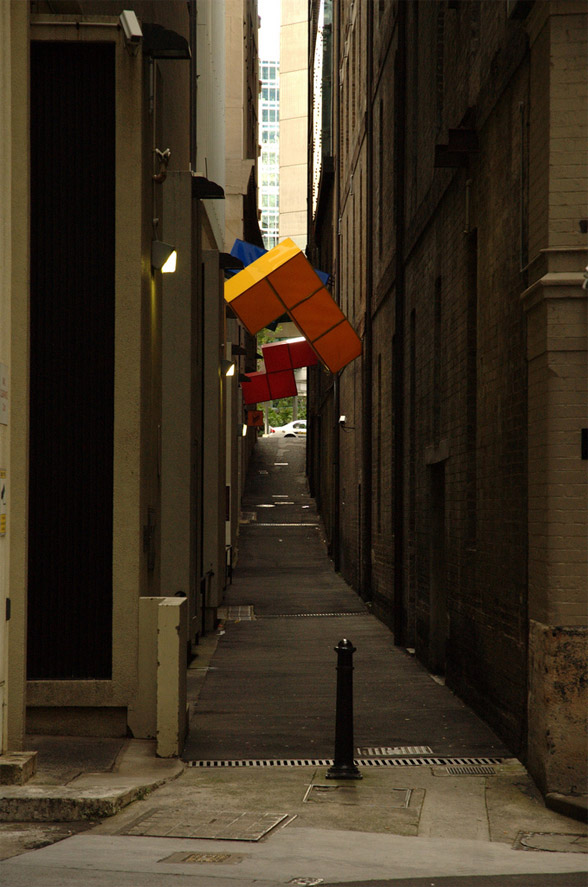