We all remember when Han Solo was incased in carbonite and put on display in the home of Jabba the Hut.

Greg Koenig thought that would be a fun thing to have as an iPhone case and cover - but with an Apple fan-boy twist of incasing Steve Jobs instead. It looks absolutely smashing. Not surprisingly, it was taken down almost immediately after Apple learned about it. 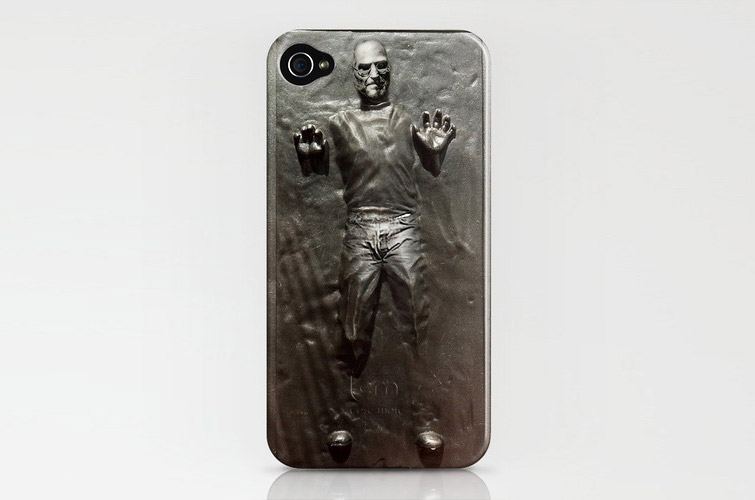 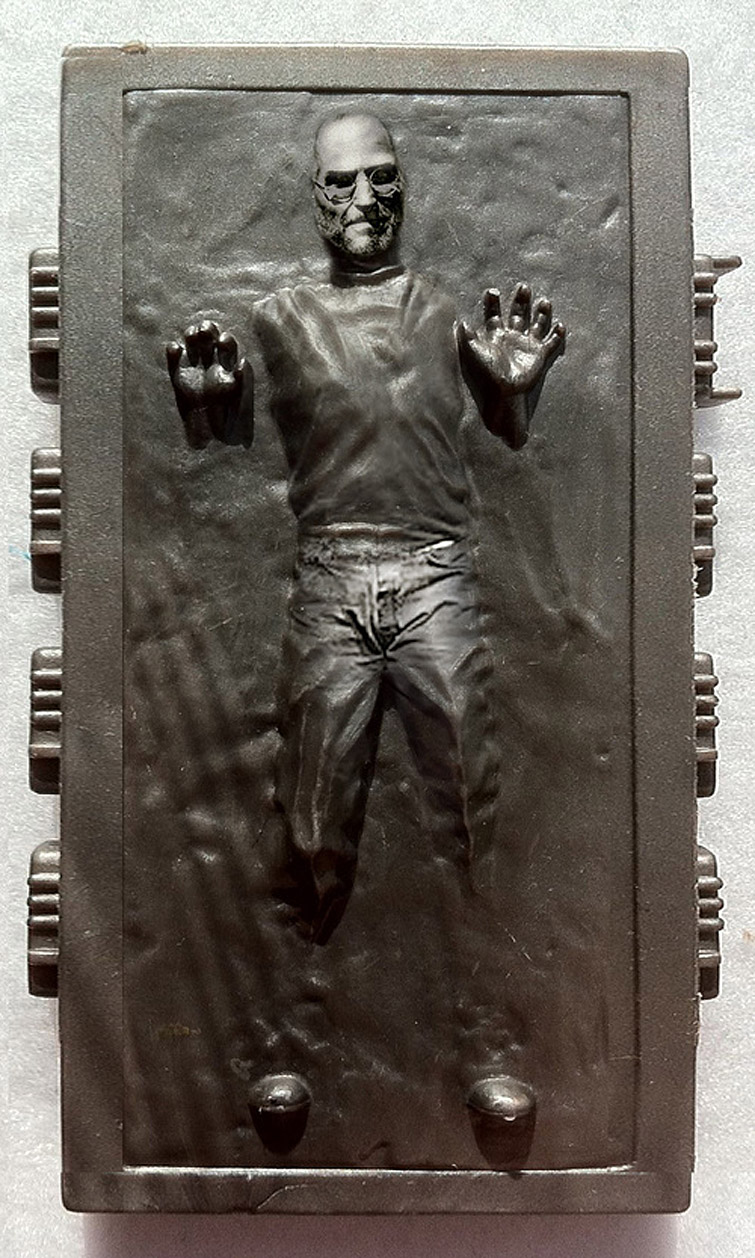