Nook - not just another ebook reader

As you might have heard, Barnes&Noble announced the Nook a few weeks ago. And this one stands out from the crowd.

The Amazon Kindle has, so far, been the only real ebook reader in the world. Sure you got the Sony, or the Netronix, or the Hanvon, but they all lacked the one really vital element. An ebook is not a piece of hardware. It's a complete reading experience, not technology, not screen specifications, nor how much memory that it holds or how many file formats it can read. All of that is completely irrelevant. Because the best ebook is one you simply "read", everything else is a distraction.

The Amazon Kindle was the only one who understood this princible, but now we have two "real" ebook readers. The Amazon Kindle, and the B&N Nook - and the nook is actually better, at least by the looks of it. 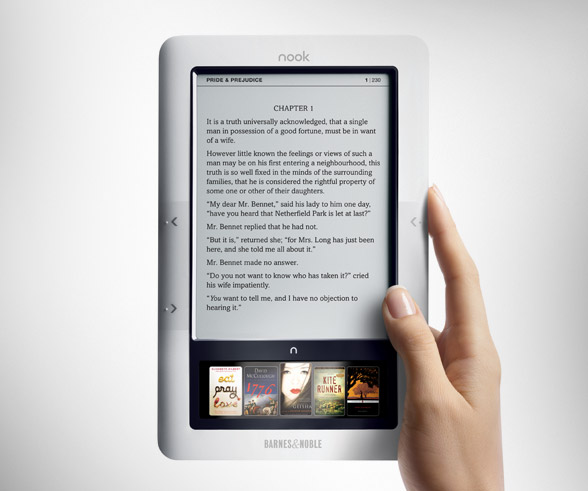 By comparison with the Kindle, it uses the same e-ink technology, so the screen is the same. It's the same size, same contrast etc.

But then instead of a big computerish keyboard on the Kindle (which I really do not like - read my article about it), it comes with a second iPhone like color touch screen, that you use for navigating your library, and all the fancy things that are not directly related to reading. That is actually pretty good.

Another cool feature is that you can lend your books to your friends.

Apart from that it also sports a number of additional features that really don't matter. It comes with wi-fi, probably because it is using AT&T's network to download books. You can expand it with a memory card, but the built-in can hold 1,500 books, so that is unlikely to be used.

And Barnes&Nobles proudly say that they sell over one million titles of which 500,000 are free! That sounds amazing, until you find out that all of them are really old "out of copyright" books, that you probably wouldn't read anyway. 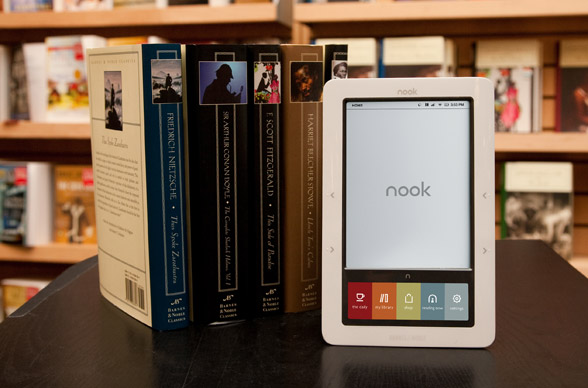 One good thing is that it can load and read PDF's, which could prove to be most useful, but on the other hand it doesn't support reading blogs as the Kindle does (you can read baekdal.com on the Kindle).

From an international perspective, it is not available outside the US. I asked Laura Russo from B&N about it, and she told me:

"We haven't made any announcements as it relates to international plans. We service tens of millions of customers who come through our stores in 50 states today. That's a huge market, by any measure, so we're focused on the U.S. market first. That's not to say we won't look at international in the future."

That that sounds really nice to people in the US, but since I live in Europe it doesn't really change anything for me. I do understand why it wouldn't work via AT&T's network in Europe, but it has wi-fi, so the international version could simply work without it. 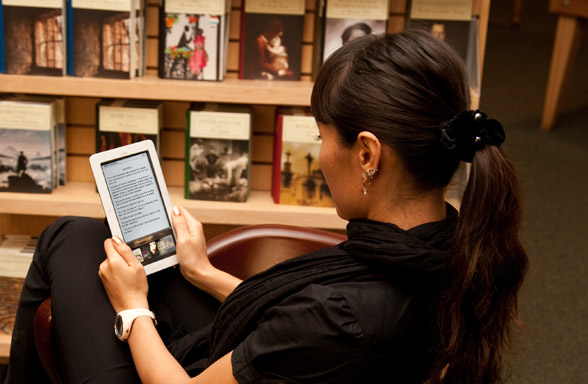 Anyway, from a design and reading perspective, the Nook looks to be a better ebook reader then the Kindle, and it is thus also better than any other ebook ereaders on the market. But, I am currently waiting until February to see if Apple is coming out with a tablet, and if not then I will buy the Nook... except I can't, so I will get the Kindle instead.

But, I am definitely going to buy some tablet/ebook device in early 2010.