One of the big problems with the new mobile devices is battery life - or more precisely lack thereof - and a lot of people have come up with ingenious concepts in an attempt to solve it. But, this battery charger from Peter Thuvander is perhaps one of the more amusing ones.

It is a Yoyo that, while used, will create energy, which can later be transferred into your iPhone. As Peter says:

To celebrate my new IPhone and the fact that darkness is looming over me. I´ve done this: An induction powered yoyo charger for Apple. And since solar chargers don´t work at night or in Sweden half the year, this should be a smash hit. 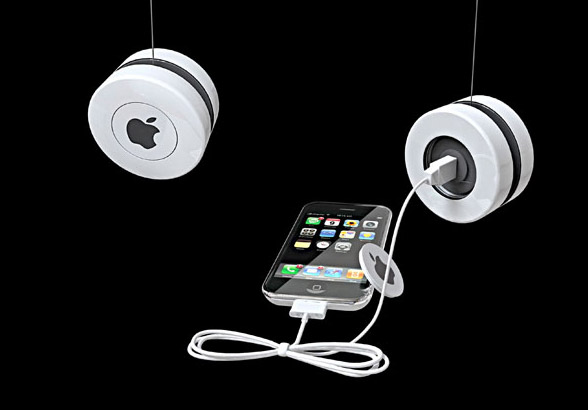 Of course, he doesn't say for how long you would have to "yoyo" to fully charge your iPhone, nor if tricks like "Walking the Dog", the "Undercut Roll" or the "Ferris Wheel" might speed up the process.