I just bought the new HTC Touch Diamond mobile phone and it is as good as the iPhone (if not better). 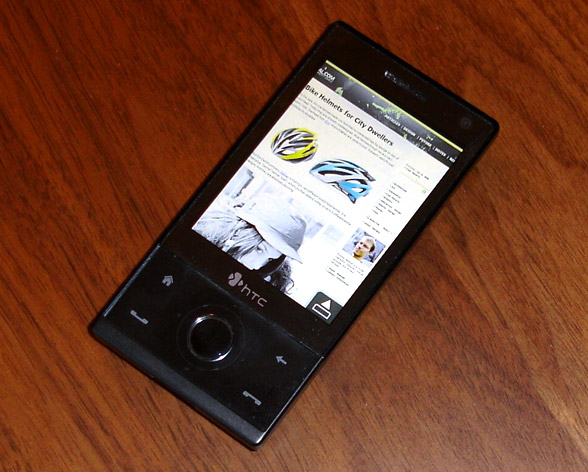 When Steve Jobs announced the coming of the iPhone 3G, I was one of the many people who thought "Mmmm.... $199 for a 3G Smartphone. I want one!" But that only lasted for about a month; because the real price is ridicules. The real price for the first 6 months (in Denmark) is a staggering 1,579 USD. And that doesn't even include a flat-rate data plan.

I think the iPhone is cool, but not at that price.

Luckily HTC said "oh... we got something that is even better" and I agree. The new HTC Touch Diamond is amazing.

Here are some of the features:

I must admit. I think this is a better phone than the iPhone. Its design is just as good, the interaction (especially the special HTC part) is just as rich and the Opera browser is better than Safari.

Don't get me wrong. I do like the iPhone, but I personally prefer the HTC Touch Diamond.