One of my absolute favorite artists is Andrew Chase. He creates some of the most impressive metal sculptures that I have ever seen. First it was Timmy, the Trionic Morphatractable Engineer, then a mechanical elephant, a giraffe, a metal cheetah, and a recreation of Leonardo Da Vinci's horse.

Now, Andrew takes us back into the Timmyverse with the stunning T.REX. 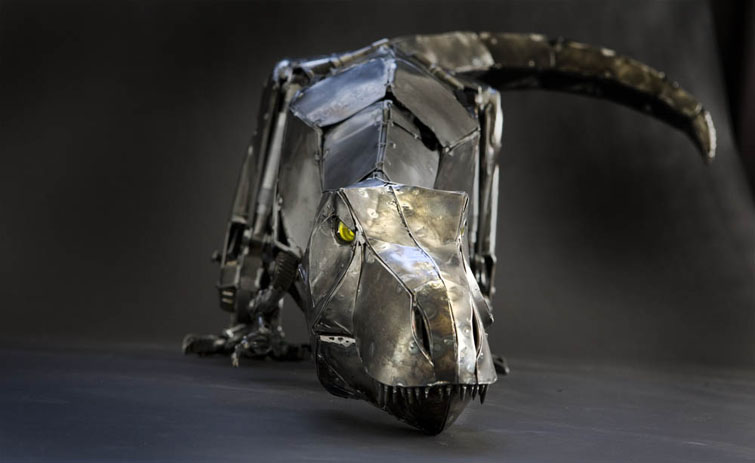 In the Timmyverse, the T. rex is a metal shredder and compactor, everything and everyone in the Underworld will eventually pass through him. Because of this, the poor T. rex suffers the plight of undertakers everywhere and leads a somewhat lonely existence, even though he's witty, well mannered and would never intentionally eat a functioning machine.

In our universe, the T. rex is six feet long and about 24 inches at the hip, weighs somewhere around 40 lbs. and took about 300 hours to build. Special thanks goes to Dr. Mark Loewen at the University of Utah for patiently describing in minute detail the many peculiarities of Tyranosaur anatomy and for providing spectacular high resolution skeletal reconstructions. 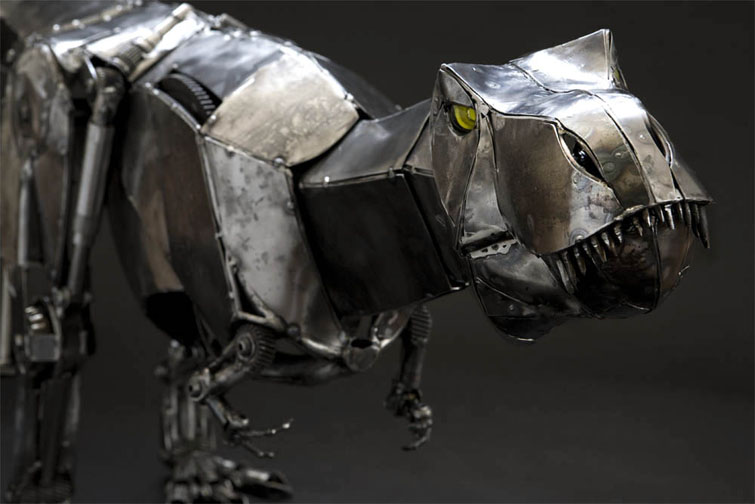 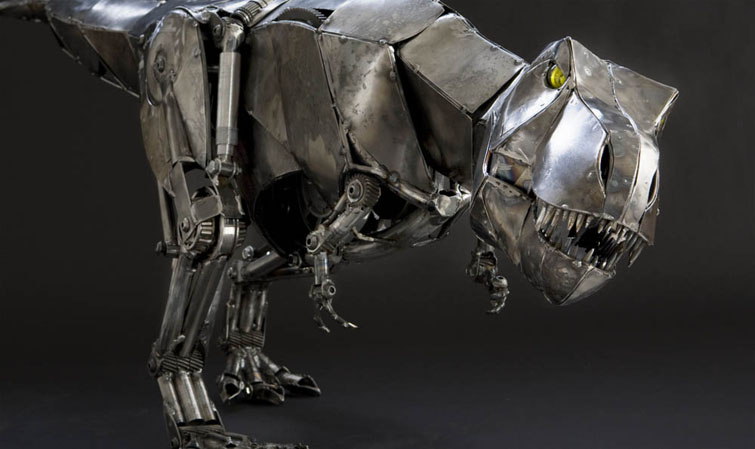 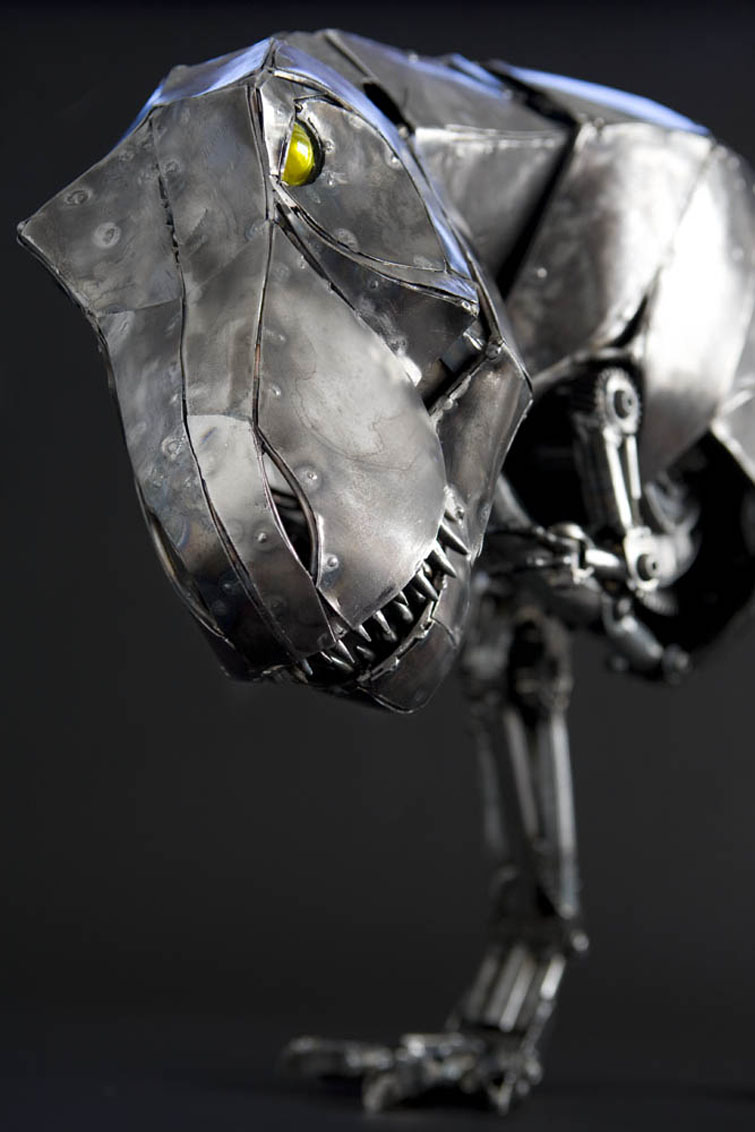 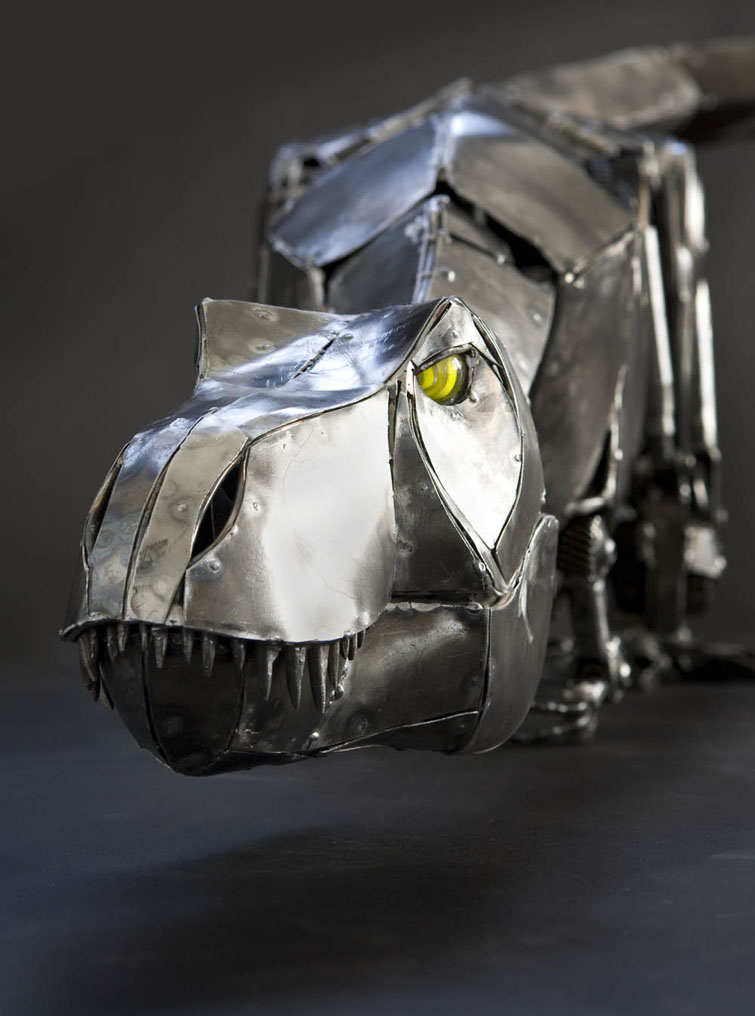 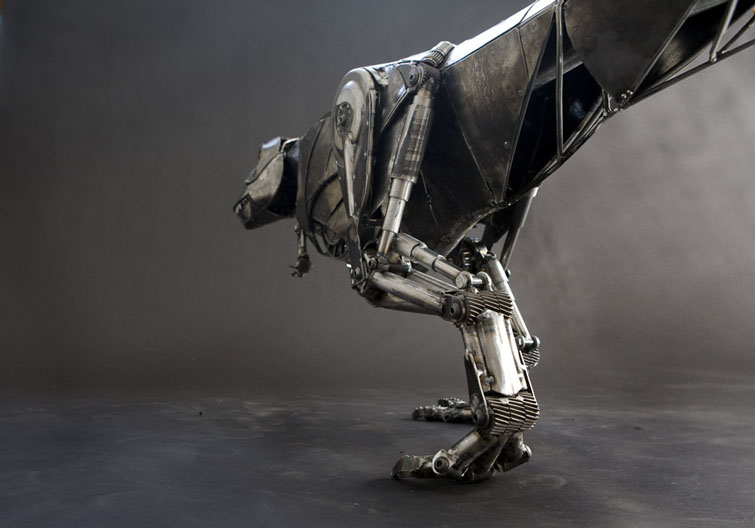 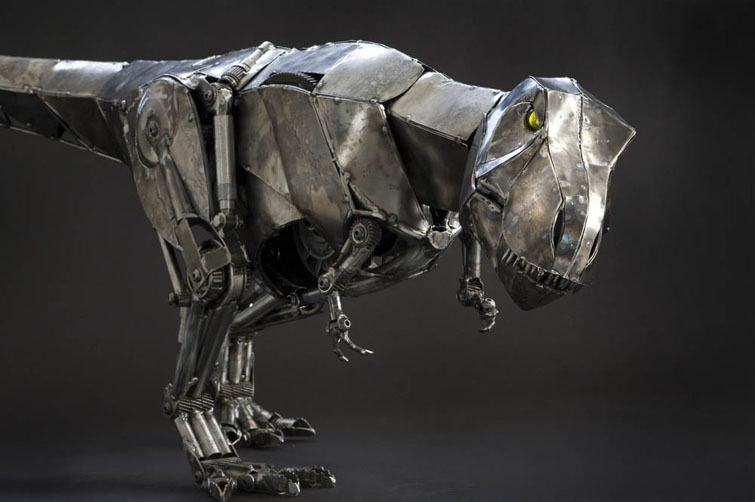