Over the years, I have written about several of Andrew Chase's amazing metal artworks, and last week he contacted me about a new piece he had been working on. Like all the others, it's absolutely amazing.

It's a mechanic gorilla. 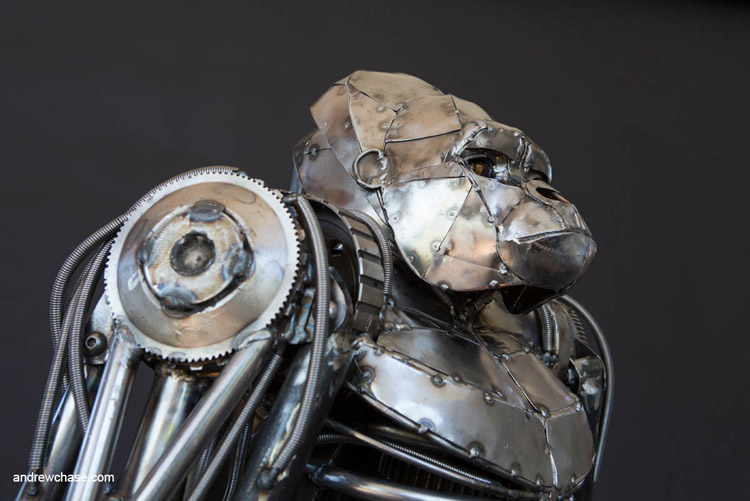 The gorilla was originally intended to be a quick rough draft for a much larger life size static sculpture. I didn't really understand how gorillas were put together and the client and I were unsure what the best pose for the final piece would be. So I decided to kill two birds with one stone and make a rough, fully articulated 2/3 scale model to work out the anatomical puzzles and to really nail down the correct pose. In the long run I reasoned, whatever time I spend on the model will be more than made back on the final piece, so a rough draft will actually save me time. And with that thought foremost in my mind, I happily began to build.

Well, as you can see, one thing lead to another and his 'rough draft' took on life of its own.

Around week four, I realized to my horror that I had done it again. Somehow, I had lost sight of the larger goal and instead of making a rough and ready design aid, I had spent the last month and a half fiddling with it as if it were the final piece, remaking the head twice, obsessively redesigning the knuckle joints and making multiple versions of the legs and arms because at certain angles they just didn't look quite right. To make matters worse, I was no where near close to finishing. The head and arms looked pretty good but I still hadn't figured out the hind legs, the chest was skeletal and his torso was disturbingly anorexic. I suppose at this point I could have announced it good enough and started on the final piece but I hate leaving projects unfinished and surely, if I really focused up, I could have this sucker whipped in to shape in two weeks, two and a half at the most.

That's Andrew for you. His obsessiveness is what makes his work so amazing. And it's not small either. The gorilla weighs somewhere around 100 lbs. On all fours he is 30" long and 24" high at the shoulder, standing he is 46" tall. He's made from recycled transmission parts, conduit, black pipe, four trailer hitches, odd widgets he found at an industrial salvage yard, and a (hopefully) unused plumbers snake. The eyes are glass marbles, hand made by David Salazar at salazarglass.com.

And here is a video that illustrate its awesome flexibility. 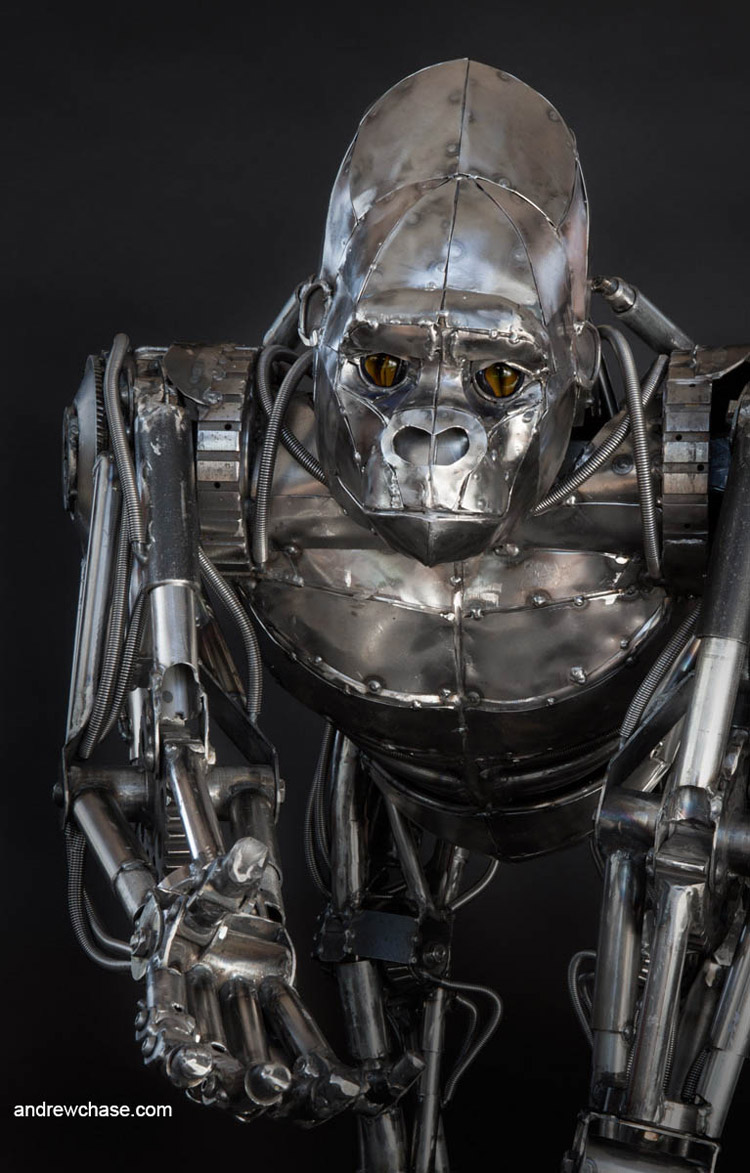 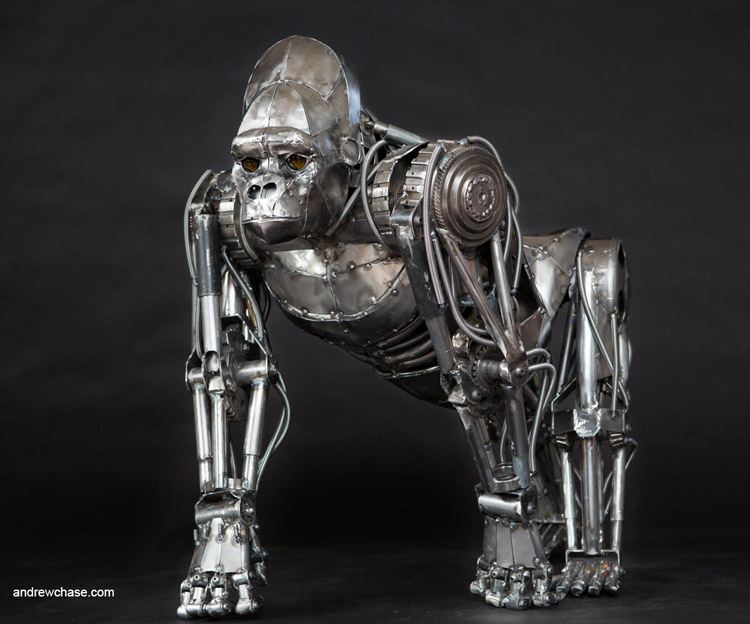 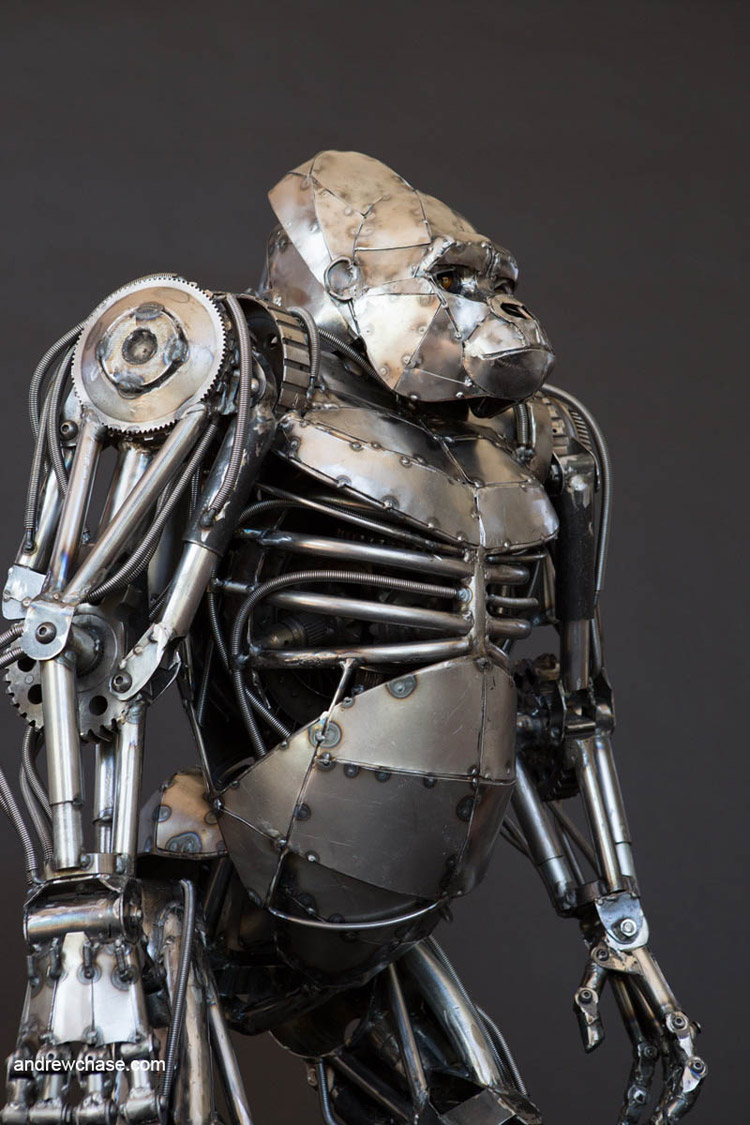 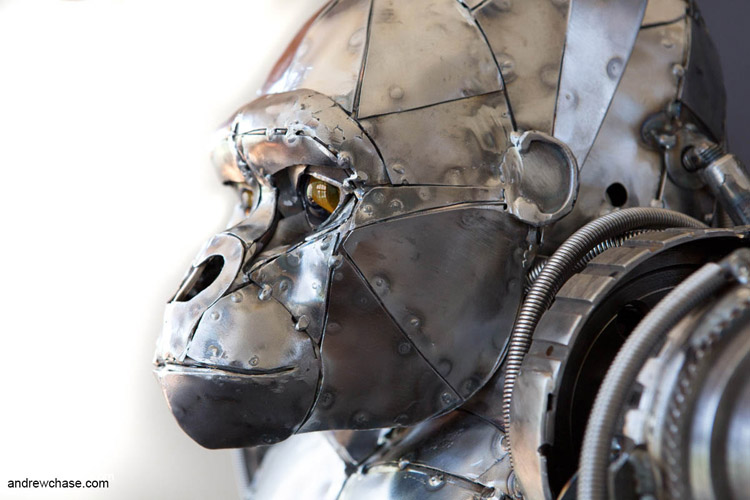 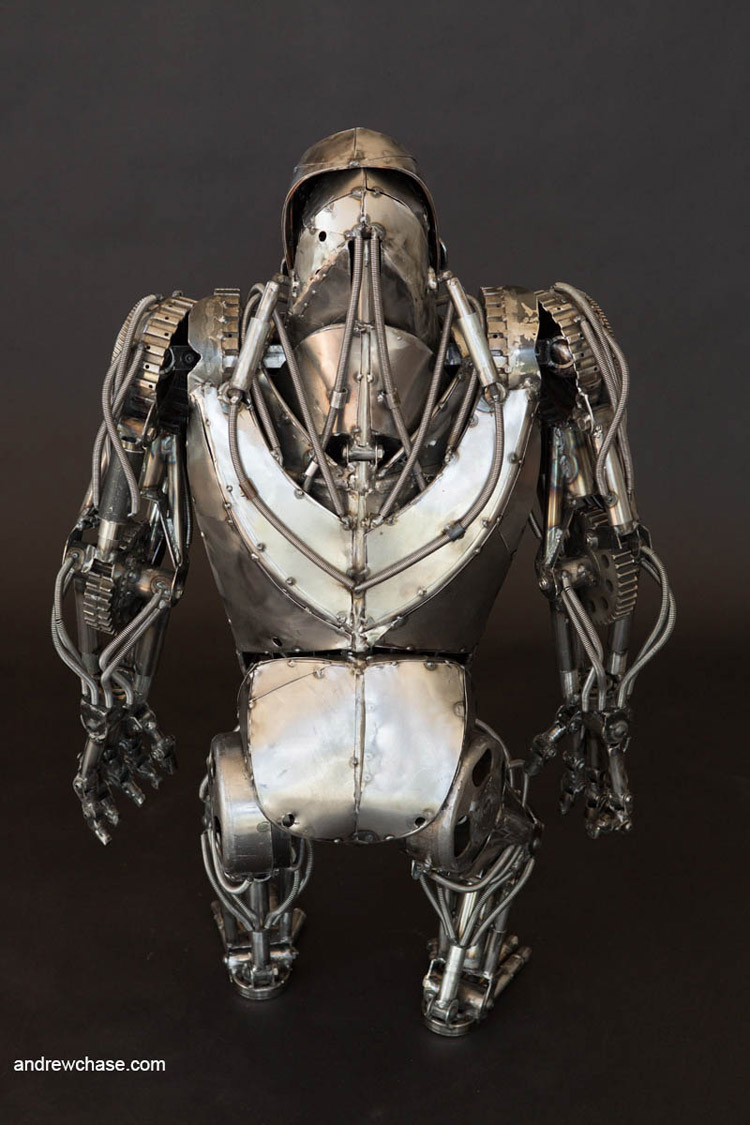 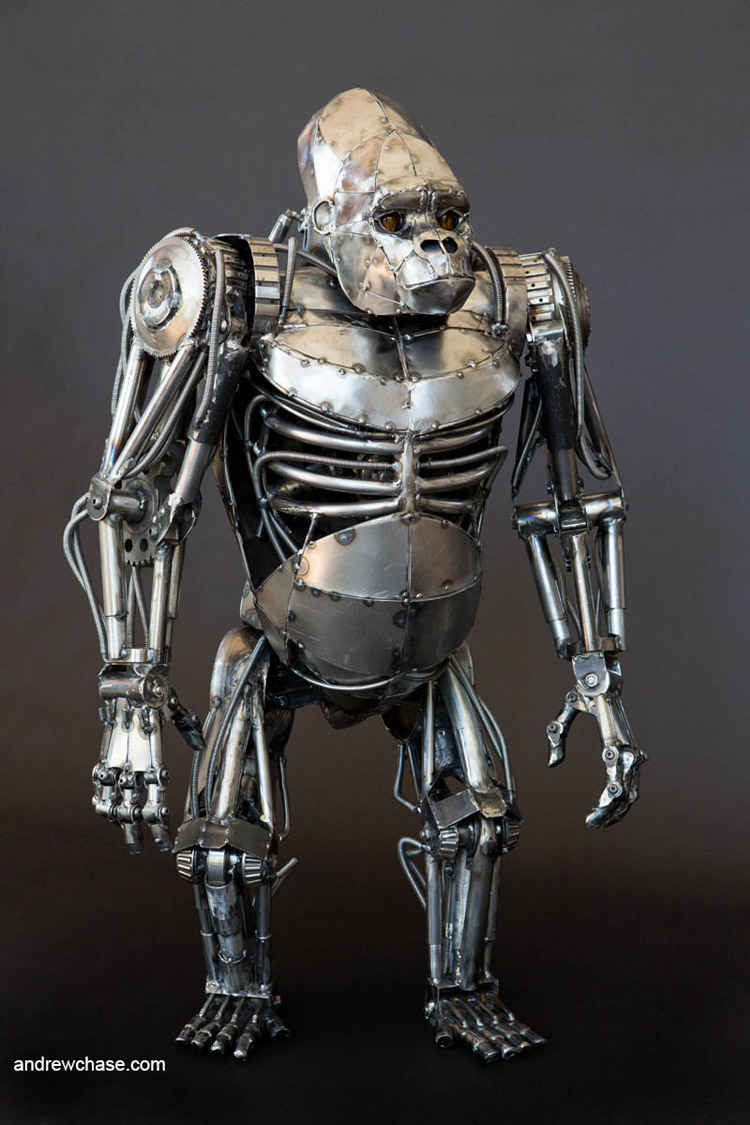 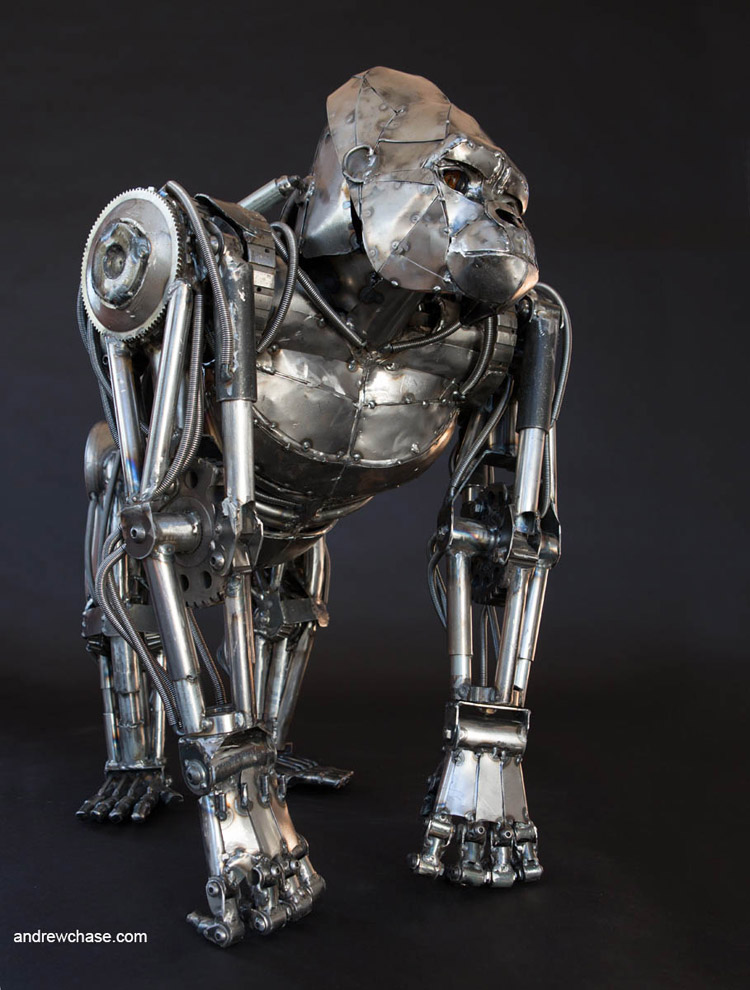 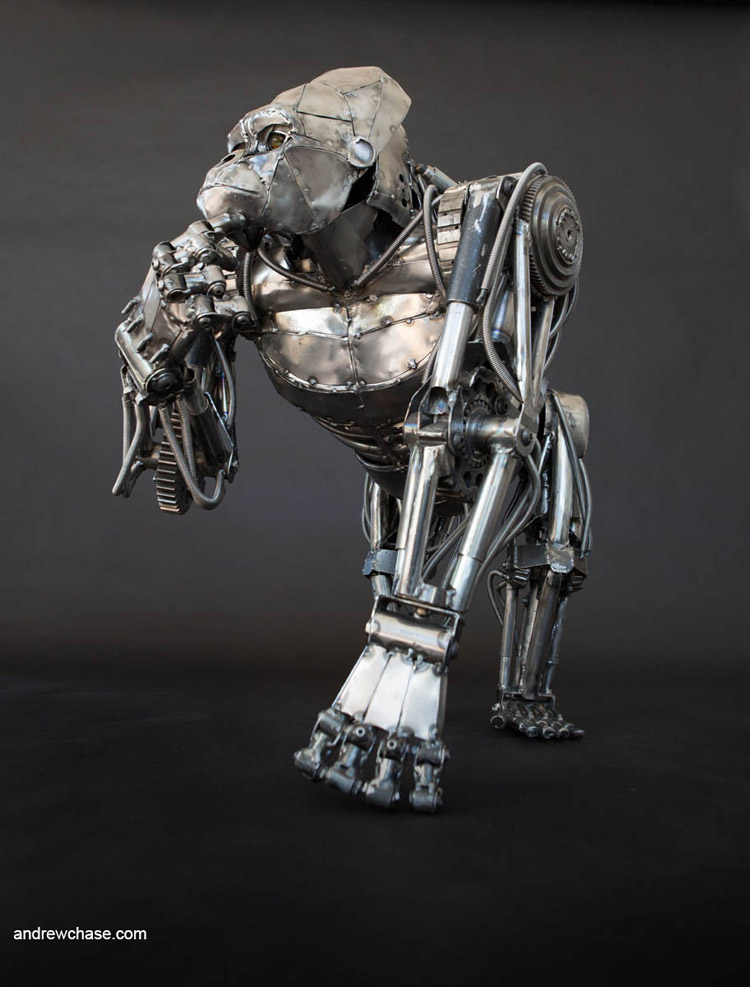 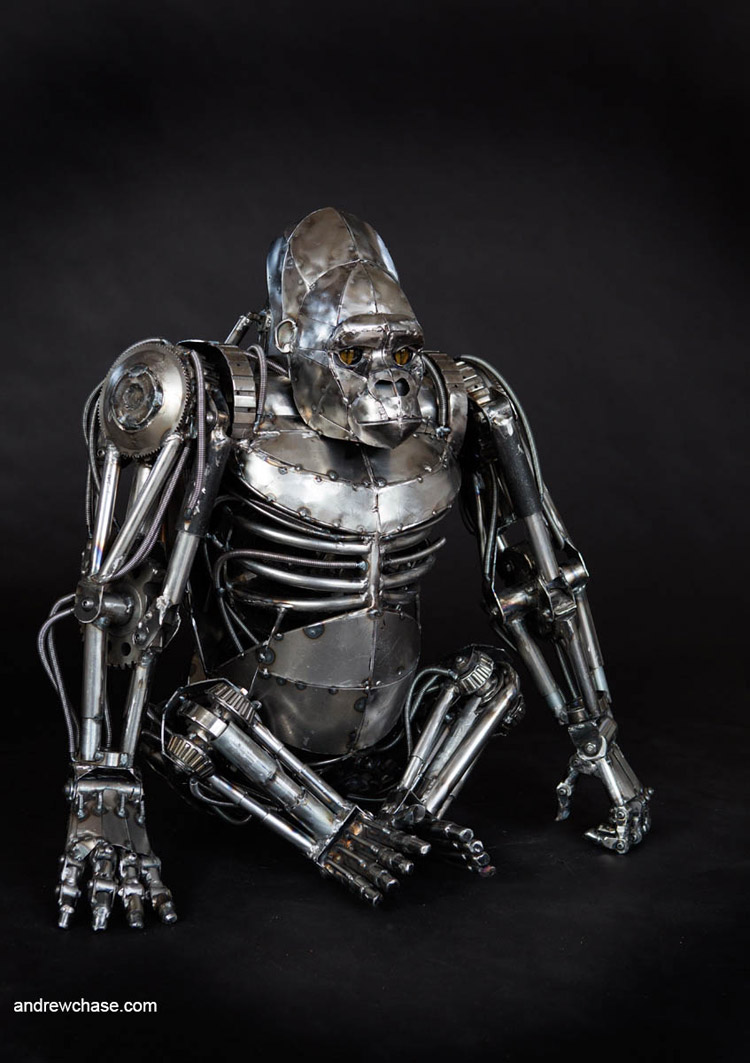 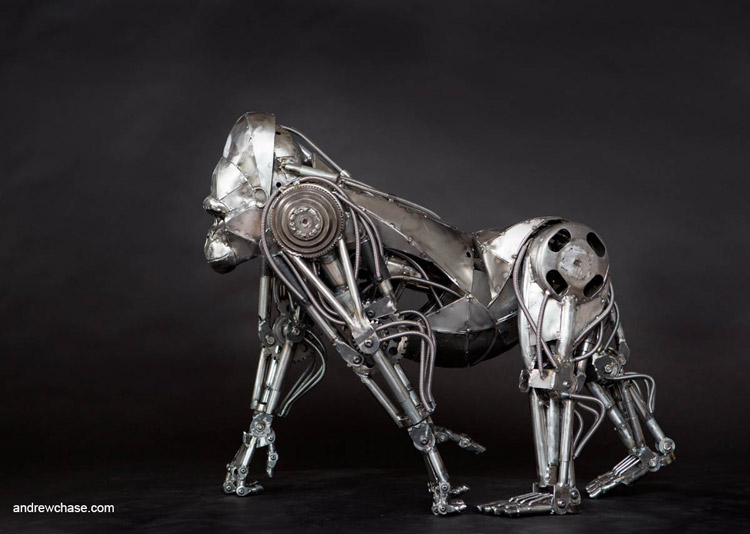 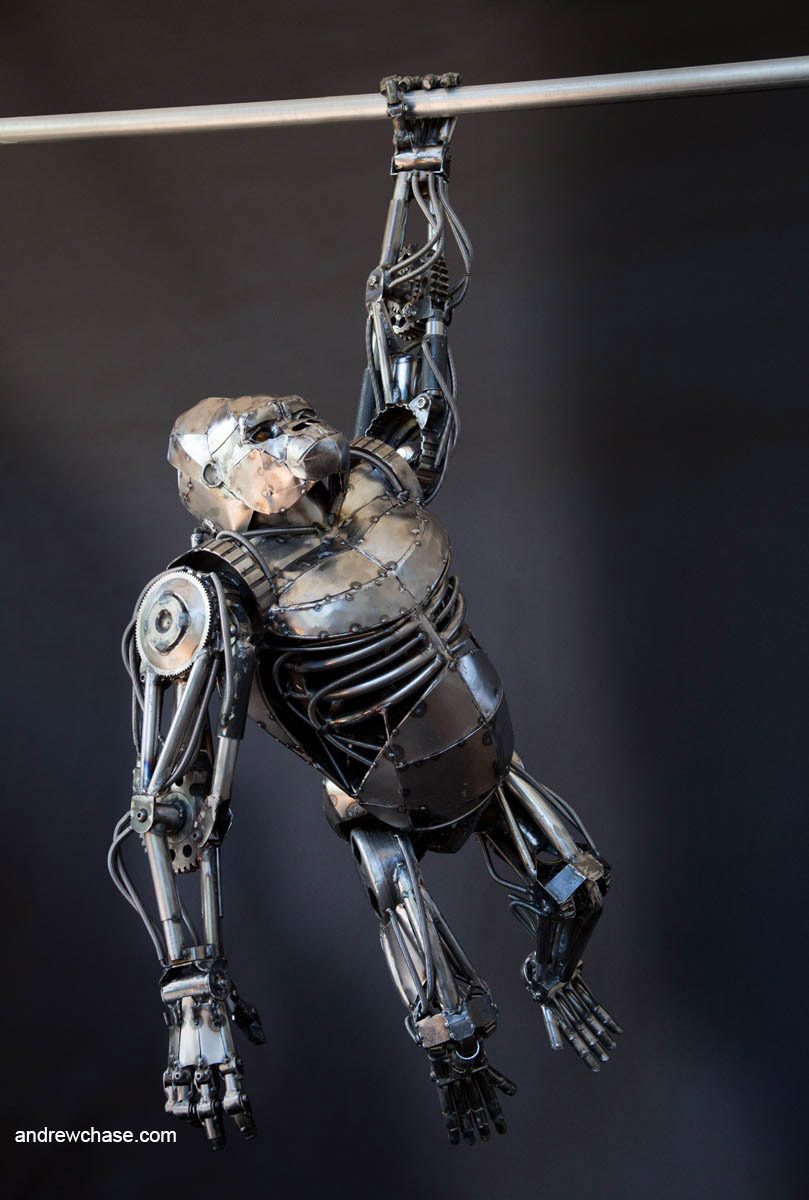 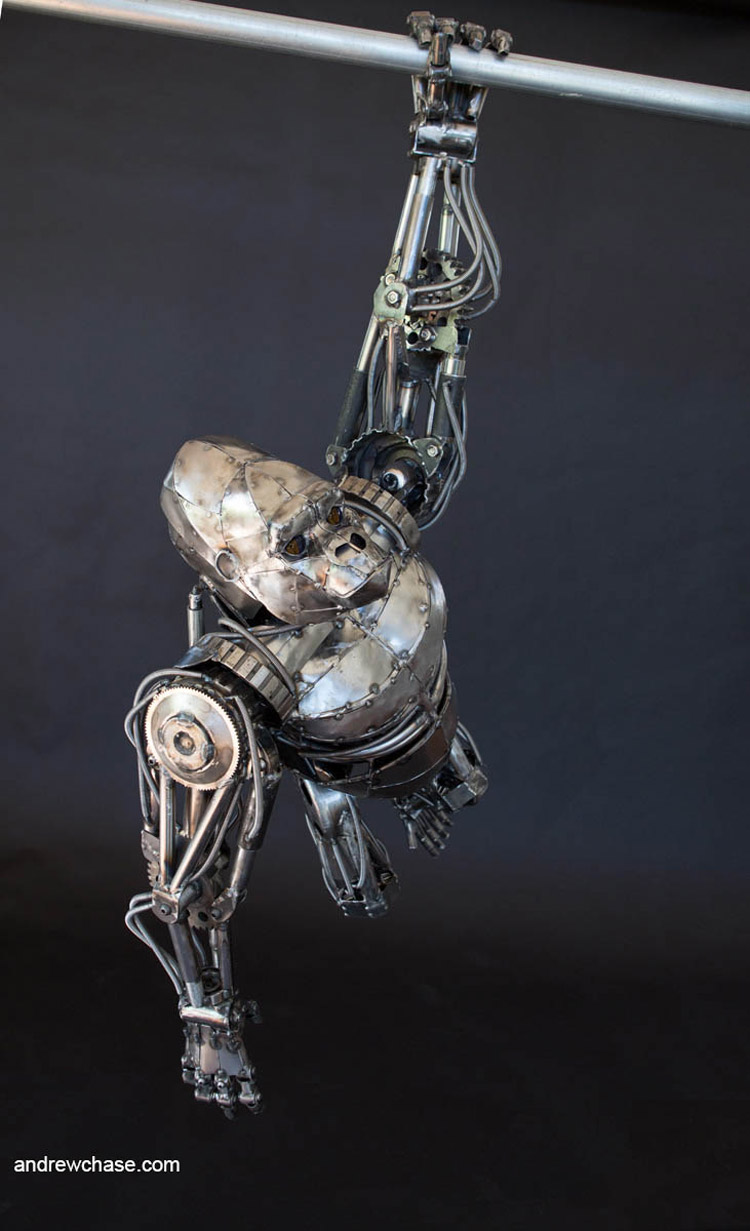 And as I said, this is not the first one Andrew has made. Take a look at these amazing artworks as well.